Questions that you should be asking yourself everyday!

During a private lesson at the Samson Dubina Table Tennis Academy, I usually ask my student about 20-30 questions.

So why do I ask them questions?

Aren’t I getting paid to answer questions?

Let me explain...   If a student keeps looping my push into the net, I will ask him…

A. Why is your backhand loop continually going into the net?
B. Were you watching my racket?
C. Did you read the amount of spin that I put on the ball? 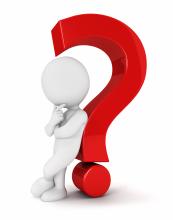 Check out what others are asking...

I have been asked hundreds of table tennis questions by fans around the world.  Many of these questions have been related to the rules.
So, I have compilied the top 10 hardest table tennis rules questions and National Umpire Jacek Wisniewski has agreed to give us answers.

Get advice for a rising star 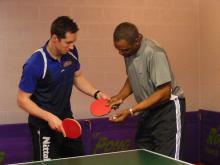 Coach Carl Hardin is both a table tennis coach and a top-level bowling coach.  This week, we had a brief conversation on the phone.  At the end of the talk, I asked him to summarize what he was explaining in article form so that you could see the difference.  If you have ever come to one of my classes, you will understand that Coach Carl Hardin's approach has had a huge impact on my coaching.