Smashing with PIPS and TT-SERVE Review

Denethi Wijigunawardana is the 2017 College Regional Champion and current the #1 female player in Ohio. Last year, she won the largest event in USATT history at the US Nationals - the u2100 event with over 250 players. Many 4-star tournaments don't have 250 players, let alone 1 single event having that many players. Blocking and smashing and smashing and blocking, she powered through the competition winning most of her matches easily 3-0 to capture the title.

Pips in a Nutshell 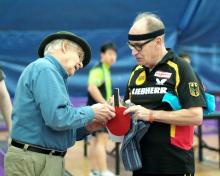 In this article, I’m going to classify all table tennis rubbers into one of three basic categories.


Grippy Inverted Rubbers
What you see is what you get.  If your opponent strokes the ball with a topspin stroke, the ball will be topspin to some degree or another.  Same principle applies to backspin or sidespin. 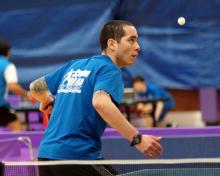