A US Open Experience


When playing tournaments, try to avoid emotional highs and lows.  You will likely spend a lot of time and money on going to the tournament.  I realize that you want to win.  Yes, I realize that. However, if you become too emotional, then you will not be able to think clearly and perform your best.  Let me illustrate… 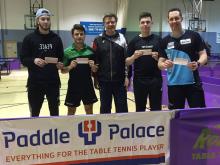 Congrats to Antoine Bernadet for winning $1300 at the Newgy Ohio Open! He defeated Seth Pech 12-10, 6-11, 11-9, 11-7 to take home the title for Canada! This is his second consecutive singles title here in Akron. Other notable winners throughout the weekend included:

Check out this tournament!!!


One of the most anticipated Ohio tournaments is rapidly approaching…   The Newgy Ohio Labor Day Open showcased at the Shaw JCC in Akron.  The prestigious events will feature some international players as well as many Americans and Canadians.

Congrats to the 10 players from the Samson Dubina Table Tennis Academy!

Congrats to the Samson Dubina Table Tennis Academy players for a great performance at the US Nationals!
Keep up the good work - Denethi, Sarah, Mike, Aryan, Alex, Andrew, Blake, Roger, and Don!

Read about the team of five

I don’t really know the Alguetti family.  However, I have seen them, heard them (YES HEARD THEM) and played against them.  The one thing that they have, which I really admire…    is team spirit.  The family of five can out-cheer any team in the US.  Regardless if they are playing a preliminary round or taking down Timothy Wang in the Men’s Singles, they have a fighting attitude and together they are supported by their team of five. 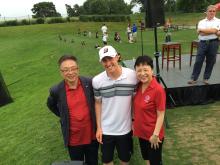 Thank You Message and Video

I might not be the best player in the US, but I have the best supporters! You! Thank you for believing in me and supporting my Olympic Training through www.gofundme.com/samsondubina. I will work very very hard mentally, physically, strategically, and tactically - together, we can do it. I will continue to post updates as I hire professional practice partners to train with me here in Ohio, travel the country for training, and complete regularly in tournaments all to prepare for the Olympic Trials. 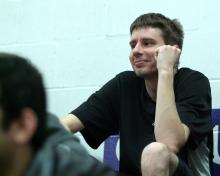 
From all-stars and basement-stars, many players have been enjoying the tournaments and clinics here in Ohio.  Please consider attending our upcoming events! 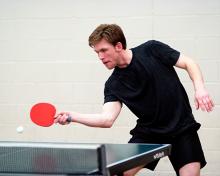 
Old, young, male, female, fat, skinny…  everyone wants to perform well in their first tournament.  For many players the first tournament will be a make or break event.  The first tournament can spark a desire to be the best or can douse the flame of improvement.  When a student of mine is preparing for his first tournament, I try to have him focus on 2 primary elements:  Control and Spin.

Win Big Money in Every Division!

The 2015 Midwest Circuit is about to start.
If you compete in any of the participating midwest circuit tournaments during 2015, you will be a part of the circuit.
Circuit points are gained by finishing first or second in any USATT rated event.