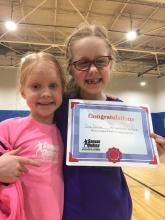 MORE PRACTICE!
Why are they bad words?
These 2 words seems so harmless.
Doesn’t everyone in the US need to practice more?

When some tells you, “You just need more practice,” it is harmful because maybe you can’t practice more (due to the club being open 2x per week or work or school or family obligations).  BUT you change the way you practice and the mindset that you have.  When you just dwell on “more practice” it leads to a defeated attitude.  Even when you do practice more, if you aren’t making positive changes, you probably won’t get better.  Sometimes you will even play worse.  Imagine a high school kid who plays 8 hours per week.  During the summer, he decides to play 30 hours per week doing the same thing with the same bad strokes, missing the same serves, leaning back the same way with late timing, rushing through the same points without any thought of what happened.  At the end of the summer, will he play better or worse?  About 90% chance he will play worse…  What?  Why?  Because he had the same problems he previously had before summer plus he has more pressure to play well because he had MORE PRACTICE so he was “supposed to” play better.  Parents expect him to play better.  Other club members expect him to play better.  He even puts pressure on himself to play better.  But in reality, he plays the same or worse and gets discouraged and quits.  He quit because he believed the lie that more practice was his only chance at getting to a new level.

The Samson Dubina Table Tennis Academy strongly believes in developing serious training routines and practicing often.  But at the same time, we encourage all the players that it isn’t merely a matter of quantity, it is also a matter of quality!  We welcome you to Ohio on Dec 26-28 to attend the Ohio Winter Camp!  Three days of quality training where each player can work towards detailed goals and make progress that will last a lifetime!  For more details, check out my website www.SamsonDubina.com or send me a personal message!  See you soon!