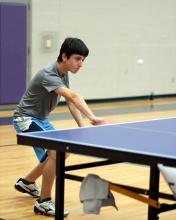 Read about my worst loss this year

This year, I had one of my most devastating losses… 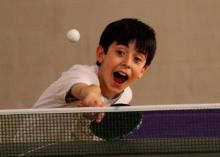 Learn about an eye-opening experience that happens to many players

Stay in the Zone 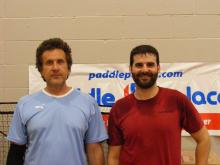 How hard should I loop?

Professional players clearly understand their potential and limitations.  They know how hard they should loop, where to loop, when to loop, and when not to loop.  Ma Long loops most of his balls with 60-95% power.  His selection on how hard to loop depends on his positioning, his distance from the table, his opponent’s return, and his opponent’s positioning.   Timo Ball loops most of his balls with 40-80% power; this is the zone that he feels most comfortable playing.

Now, let’s move the scenario to YOU… 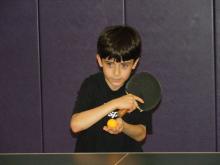 The Dangers of Successes and Failures!

The Dangers of Success and Failures

You are a 1800-rated player competing at the 2014 North American Teams.  So far, you have had a great tournament with several good wins.  Your goal is to break 2000, and you need one more good win.  You are playing in the last team match of the tournament against three 2100-rated players.  Your goal is to win one match.  That’s all you need, one win.  Surely you can beat one of them. 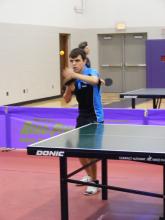 Find You Best State of Mind For Every Tournament!

Find Your Best State of Mind

Most club players across the US give about 70% effort during club matches while socializing, playing relaxed, and hitting great shots throughout the night.  The average club players try much much harder in tournaments and often play a much different style in tournaments.

Sometime, when I see a player at the club hit a very good shot, I will pose the question,
“Could you do that in a tournament?”

The answer nearly always come back with, “No.”

Learn to analyze your opponent in less than 10 seconds


In practice matches, you probably play against opponents that you feel comfortable playing against.  You understand your opponent’s basic strengths, weaknesses, serves, and common patterns.  Often, in a tournament, you will compete against a variety of styles.  From the first few points, it is critical that you quickly make a game plan then continue to readjust your game plan as the match progresses. 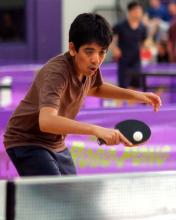 Learn about the proper amount of anticipation to use

Mental Stratgies – Part VIII
Guess or Not to Guess?

In table tennis, there are 2 aspects of anticipation.  The first is to have a reasonable guess as to where your opponent will hit the next ball.  The next aspect is watching his body position and racket angle and adjusting based on the direction of his swing.

Learn how to make your game unpredictable!

Here might be some good options for you:
Serving from a different location