(If the video looks blurry, go to the bottom right of the screen, click settings, and set the video for 720 HD)

This is the first video in a series called TOUGH QUESTIONS

These questions were submitted to me during the last few weeks

Check out the video

Fitness training should be fun and should be done together with players and coaches, friends and neighbors, kids and parents. Here is a little fitness routine that we did this week...

Check out what Simon Sinek has to say here...

Watch the full series of fitness videos by Samson Dubina 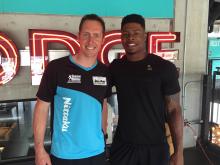 Check out the action!

Rewatch the action below.... 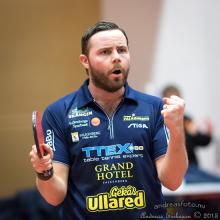 Get Advice From Robert Eriksson 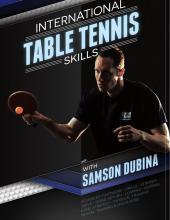 Get a FREE DVD, Book, or Racket

We are now taking sign-up for our brand new classes. The cost is $80 for 8 weeks of classes and that price includes a free dvd ($59 value), free book, or free racket. Sign up now by clicking the link below
Junior Registration Form http://omnipong.com/EntryForms/1016-29.pdf
Adult Registration Form http://omnipong.com/EntryForms/1016-30.pdf

Here are a few short sections from the DVD.

Check out this video interview with Angela Guan

Angela Guan is currently the #1 American chopper. In this interview, she will be answering the questions...

#1 Why do choppers use pips?

#2 Why do choppers twiddle their rackets during the rallies?

#3 What advice would you give to beginner choppers?

#4 What does the future of choppers around the world?